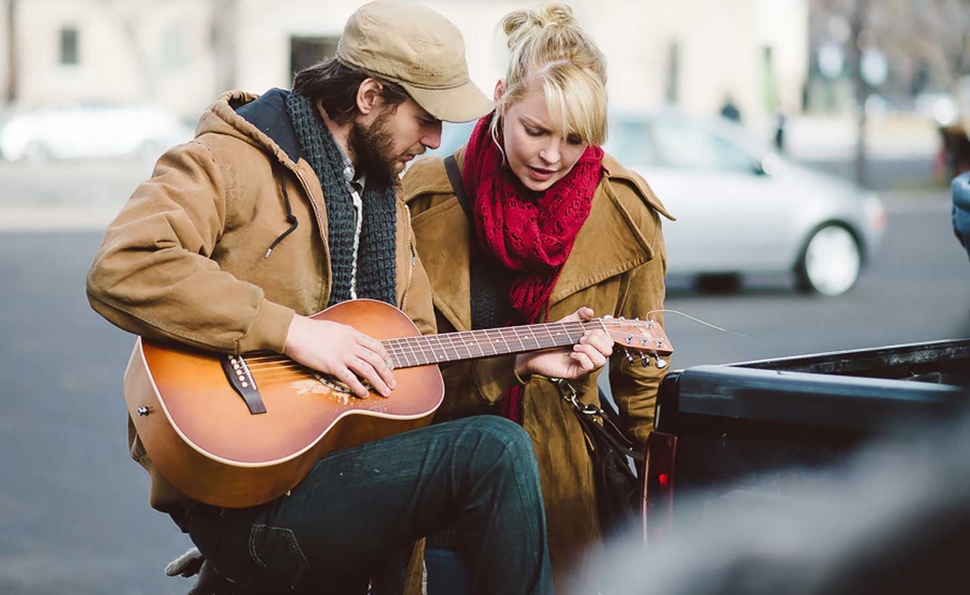 I love independent movies. They’re extremely underrated and deserve more recognition. One film I’ve watched recently and really enjoyed was 2015’s Jackie & Ryan. Starring Katherine Heigl and Ben Barnes, this romantic drama was filmed entirely in Utah and only took twenty days to shoot. While that sounds like it may not be enough time to put together a decent flick, I wouldn’t rule this one out. It’s a very enjoyable and feel-good movie that’s worth your time.

The main premise of the film is that Ben Barnes plays a talented musician who travels from state to state via train hopping. Landing back in Utah, he catches up with a friend who presents him with the opportunity of potentially landing a record deal. While performing on the streets, he comes to the aid of Heigl’s character, Jackie; when she’s injured due to not paying attention while walking through a parking lot.

Barnes’ character Ryan is extremely likable. Without a hateful bone in his body, this modern-day gypsy comes and goes when he pleases, holding up small jobs here and there in his travels. Without any ulterior motive, he ends up helping Jackie not only with her injured knee, but also her broken roof. His carefree philosophy on life is incredibly alluring to Jackie, who is the midst of a bitter divorce and custody battle.

This film is just endearing. I wasn’t always the biggest fan of Heigl’s, but her uptight character plays really well with Barnes’ relaxed one. The two end up finding admiration and inspiration in the other, because they are so different. It’s clear these two actors had chemistry while filming this movie and there was never a time where anything felt forced. I really just enjoyed watching Jackie and Ryan interact, even if it was small shots of the two picking up supplies to fix Jackie’s roof.

Plus, Ben Barnes can sing and I’m wishing he had an album for us all to download.