There are times I wish I was allowed a notepad in the movie theater to document exactly how I felt and what I thought of a film while seeing it. For a two hour movie, a lot happened within the Justice League; coincidentally, not a lot happened at all either. It’s been around four weeks since DC’s superhero packed feature had its theatrical release and though I’m just seeing it now, I guess it’s better late than never. Let’s get this review started!

I do not want to make this review entirely negative. I don’t want to do that because, the movie doesn’t deserve it. All around, it was decent. It was a step up from Batman vs Superman (I know that’s saying a lot) and maybe my word isn’t completely trustworthy, as I did actually enjoy Suicide Squad. By now, if you’ve read other articles of mine, you know I’m a huge Marvel fan. They’ve succeeded in more ways than one, but let’s not get into that. I like DC. I have both Batman and Joker/Harley tattoos. I grew up on Batman: The Animated Series and Justice League/Justice League Unlimited were shows I regularly recorded on VHS (remember those, kids?).

Where did The Justice League go wrong? For tragic reasons, we got two directors on this film. And it was very apparent which scenes were Zack Snyder’s and which were Joss Whedon’s. I didn’t particularly hate the mash-up, sometimes you needed that little bit of comic relief. Whedon gave us the first Avengers and it was awesome, but Age of Ultron missed the mark. His comic relief moments sometimes were too out of place in Snyder’s typically dark universe.

The movie also seemed to be all over the place. Let’s not keep referring back to Marvel, but whoa. We had a dozen bunch of movies in one and at times, I felt maybe Justice League would have done better as a TV show. Getting everyone together was sloppy and there were a lot of plotline that was jumpy and sudden. When the gang decided to resurrect Superman (which was already just…sprung up), they suddenly got into an argument where Bruce did the unclassy thing of bringing up Diana’s deceased lover Steve Trevor. Not cool, Bruce.

And then Superman went all Pet Cemetary on us (credit to Barry Allen). That lasted two seconds. Before Lois Lane came to save the day, as she also did in Batman vs Superman. Lane has the talent to be everywhere at the right time, leaving viewers going “how the hell did she get there?” I’m jumping around, which isn’t unusual for this review, considering the movie did the same thing. I don’t need to ramble on about that, but the movie felt like it had no clear direction and we really weren’t made to really care about these characters who were thrown together.

Batman didn’t decide to get the team together to bake cookies. He brought them together to fight against a common enemy, which popped up within two seconds and suddenly we’re all thrown into the whirlpool oh ‘omg!’ Steppenwolf wasn’t a bad villain per say. Erik Kain in his Forbes review stated how the villain in this film wasn’t relatable. While I enjoyed his article, I don’t entirely agree. Not that he wasn’t relatable, but that I don’t believe that was necessary. I felt he was a bit like a Ronan (Guardians of the Galaxy). But, my biggest problem was all the CGI. Isn’t this DC? Isn’t this the Justice League? Was the budget not big enough, because excuse my language, but shit. It was so fake looking at times and every time they were in front of a green screen, I could tell. Aesthetically, it was not pleasant.

The positive side to this film is that I feel there’s hope for the DCEU. After Justice League, Warner Brothers is restructuring their universe and the future of their films. And, I think they need it. There’s a few aspects they need to keep though. The characters. Wonder Woman really stepped up and I think the movie did a good job in focusing a lot on her, because they know their strength is with Gal Gadot.

I thought the stand out for me was going to be Jason Momoa as Aquaman. And, he’s great, do not get me wrong. Also, super hot as always. But, really the actor who I especially want to see more of is Ray Fisher as Cyborg. The trailers had me skeptical because of his suit/body, but it wasn’t as bad as I thought and I think as indicated by the ending, it’s going to get better. Victor Stone was down to Earth, intelligent, grounded, and resourceful. This was great casting and I really hope to see more. 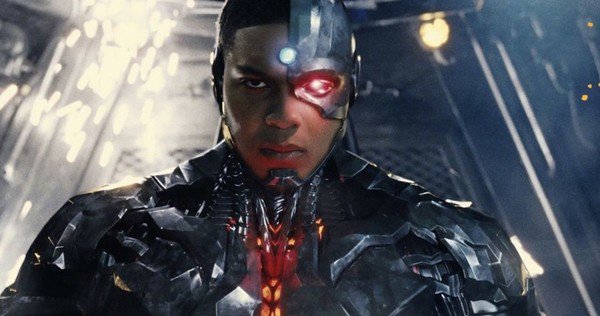 Since Man of Steel, I’ve always liked Henry Cavill as Superman. I was disappointed we didn’t get a real MoS sequel and instead were subjected to B v S. In this film, he was a little more arrogant than usual and I kind of loved it. Also, guys, I didn’t think the covering up of his facial hair was that bad.

Being a fan of CW’s The Flash and how good Grant Gustin is at playing Barry Allen, I was both weary of Ezra Miller and disappointed they just didn’t use Gustin. I was wrong. While there were times that Miller was a lot over the top and goofy, I found his Flash endearing. I adored the small scenes with his father and really liked his dynamic with Victor. All in all, looking forward to more Miller in the DCEU.

Along with the restructuring, I do hope we find a replacement for Ben Affleck. I’m sorry. It’s now been three movies (actually four if you count the few scenes of Batfleck in Suicide Squad) and I cannot see Affleck as Bruce Wayne. It’s not a good fit and I think Affleck sees that. His performance was lack luster and what the film did do was not concentrate on him, because he was the weakest link. Which, is a shame. I love the character Batman. Batman was a great part of Justice League The Animated Series and every other live action movie. Let Affleck step aside and let’s bring in new blood.

All in all, I think Justice League could be the start a new, better DCEU. The big wigs need to capitalize on what works and what doesn’t. We already got a hint of a headquarters for the Super Friends (lol) and with the small glimpse of the Green Lantern order, maybe we’ll see more of them. So far, Aquaman, Shazam, Wonder Woman 2, and Cyborg movies are upcoming and if anyone is like me and cares, Suicide Squad 2 will be out in 2019. Which, was a film where even those guys seemed to wanna be around each other more [at times] than the Justice League.

PS – there’s a really endearing mid-credit scene that will make those who were fans of Justice League The Animated Series smile.